This man beat overwhelming odds. His story is a sobering reminder of why securing trench walls is so critical.

Eric Giguere remained conscious for only 90 seconds after a trench cave-in left him trapped 6 ½ feet underground. It was plenty of time to experience the terror of being buried alive.

“From the corner of my eye, I saw the dirt coming in so fast. Then it just covered me up in an instant. It was pitch black. I couldn’t see, I couldn’t move. I was completely helpless. Every time I would exhale, the dirt would get tighter and tighter. It crushed my chest; I couldn’t breathe. I was suffocating,” he recalls.

As a laborer working for a small contractor, Giguere had been installing a 12-inch water main as part of a six-man crew.

The backhoe operator took a chance and removed the top two feet of soil. Then the crew started digging. When his coworkers reached him, his nose and mouth were dirt-caked, he had no pulse and his hands were blue. But he survived, thanks to a coworker who did CPR while Giguere was still partly buried and an ambulance crew that restarted his heart and airlifted him to the hospital.

He remained on life support for 36 hours. All his ribs were broken or cracked, one lung was punctured and all the blood vessels in his eyes were popped because of his frantic efforts to breathe through dirt. Worse, three areas of his brain were damaged due to oxygen deprivation.

Giguere spent 2 ½ years in therapy recovering from his injuries, and 15 years later he still has nightmares. But he’s used his ordeal to do good: As the founder of Safety Awareness Solutions, he shares with companies and workers his eye-opening account of what it’s like to be buried alive and the consequences of becoming complacent about safety.

On the day of the accident, when the trench excavation went below 5 feet, Giguere knew they should stop and put in a trench box or slope the sides. But his boss had always done without those precautions. “And I was a 27-year-old bullet-proof kid who didn’t think anything would happen to me.”

The cave-in occurred after an operator hit a pipe at the bottom of the trench. Giguere was kneeling in the trench when the earth gave way.

“One of the most dangerous construction activities contractors face”

Giguere was extremely fortunate; trench collapses are rarely survivable, according to OSHA. Just one cubic yard of soil, which weighs up to 3,000 pounds, can crush a trapped worker’s body.

“Working in excavations to include all trenches is one of the most dangerous construction activities contractors face,” said Joe Wise, United Rentals’ customer training manager for trench safety. He noted that all trenches have the potential to collapse over time due to environmental conditions, surface loadings, vibrations and other factors. Hydrostatic pressure from water will add to that hazard, increasing occurrence.

“Training, proper use of protective systems and jobsite inspections are the key to excavation safety,” said Wise. “In many cases, contractors are not aware of newer methods of protection like modular bracing and shoring solutions that can provide a safe trench as well as increase project productivity.”

With more than 80 trench safety branches and the largest fleet of shoring and underground excavation rental equipment in North America, United Rentals can help you find the right solution for your excavation needs. It’s also the nation’s largest provider of trench safety training programs.

“I talk about attitude, about not being complacent,” he said. “I had a terrible attitude towards safety, and I lacked training and experience. The message really is that safety is your responsibility. You have to use the safety equipment, you have to follow the safety procedures, you have to go to all the safety training because you want to, not because your company says you have to.”

Following that advice will help workers get home safe to their families.

If workers see something unsafe about the trench operations on a jobsite, they need to speak up, Giguere added. “In the end, it’s your life you’re gambling with. That accident that you didn’t think would ever happen to you? It can happen to you.”

Stay up-to-date on the latest news & advice.
Was this article helpful?
Yes No 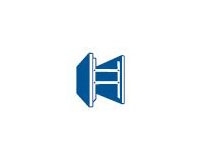