An online construction management program and NAWIC paved the way.

The heart wants what the heart wants. And in Patty Vitale’s case, as a woman in her early 50s, it wanted a job in construction, one that would challenge her, prove her worth to her doubters, and pay the bills.

Construction was not foreign territory for her. In fact, she was going back to her roots.

“I grew up in a family that owned an excavating and general contracting company. I was jealous because my father would take my brothers to work but not me,” said Vitale. Out of protectiveness, she said, “He really didn’t want me working in construction.” This was, after all, the 1970s. It was her brother who talked him into letting her help.

After college (she got a degree in business administration), she worked briefly for the family business. “I loved it, but it was a man’s world, and I was always questioned.” She then got training as an engineering tech through a state program in Colorado and worked on and off for three decades, mostly doing tunneling and shaft work and materials testing and handling, while raising a family.

Her father came around to her line of work. One job in particular, a large, well-known tunnel project, earned his respect. “When I was working on it, my father was bragging to everybody, ‘This is what my daughter does, this is where she’s working.’ It meant a lot to him.”

It was while she was overseas for an underground project with her then-husband’s company that she was bitten again by the construction bug, and the idea of becoming a project manager began to take hold.

“The job had one of the biggest degrees of difficulty and we encountered so many different challenges — a fire in tunnel, a flood in the island portion of the tunnel. It was interesting to see the ideas and the methods they used to solve these problems. It was so fascinating I really wanted to be in it more.”

Years later, a divorce led to a big decision. “I knew I had to do something to support myself.” Following her gut, she enrolled in an online construction management program at age 53 and completed it while working two jobs. She landed her current position, as project manager for Eyman Plumbing Heating and Air, through a member of her local National Association of Women in Construction (NAWIC) chapter in Omaha, Nebraska — and she hasn’t looked back.

As she described her job, “The only thing I do not do on the job is the actual work itself.” Once her company is awarded a contract, she procures all the materials and labor and oversees the project to make sure it’s on time and on budget and meets specifications. “Safety is a big factor, and I’m also responsible for contract documentation, change orders, pay applications and anything else that comes up. It’s not beyond me to run parts and pieces to the guys if it’s needed, if that keeps the job going.”

“I have learned a tremendous amount about plumbing and mechanical work. It’s challenging. You always have new jobs, new technology and techniques to research. It’s just constant change and advancement of knowledge — and pure enjoyment.”

Nearly all the people Vitale works with and oversees are men. And, she noted, that works out just fine. “It’s a big change from what it was. Way back when she first started out, “You had to work harder, faster and smarter than men, and put up with a lot of things that you don’t have to put up with nowadays.”

It may have taken some time for her current colleagues to warm up to her, but now, she said, “They respect me. They understand that if I’m asking 20 questions it’s because I’m trying to learn or understand something, and they respect that I don’t think I’m better or above. It’s not that ‘I am the project manager,’ it’s that ‘we are the team,’ and they really like that.

“I’ve found that if you don’t put yourself above people, they’re more willing to do things for you; it’s a great motivator. If I have people, right down to the laborers, bought in that we are a team, we work harder because we are a team, and I’ve got their back and they have mine.

“Occasionally I’ll run across someone who thinks I don’t know what I’m doing. That’s easy because I just speak intelligently and ask more questions, and usually that’s enough to earn their respect.”

Stacey Wilhelm, territory manager for United Rentals, has worked on several jobs with Vitale. “Patty is a woman who understands her value to the construction industry. She is extremely organized, detailed and excellent at her job. She commands and receives much deserved respect from the people she manages on her projects.”

Vitale noted that being organized is indeed key to effective project management. After the completion of one project, during the warranty period, the owner encountered a problem and was adamant that a construction process must have caused it. “I went in and I had my set of plans with me and I was knowledgeable about the job. I knew what was going on and I said, ‘I don’t think it’s this issue because X.’ I was the only one who came in with plans, and I also had pictures on my phone to document what I was talking about.

“I have learned a tremendous amount about plumbing and mechanical work,” said Vitale. “It’s challenging. You always have new jobs, new technology and techniques to research. It’s just constant change and advancement of knowledge — and pure enjoyment.” 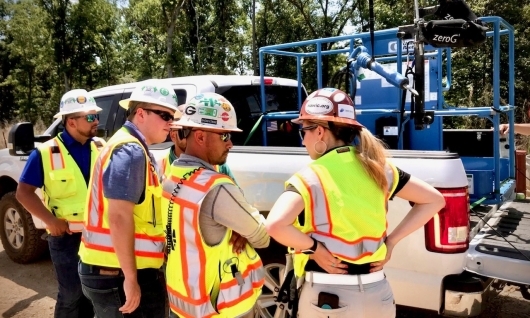 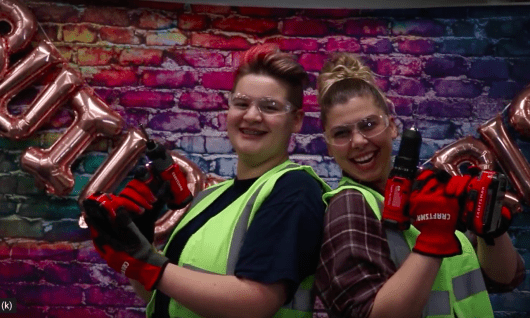 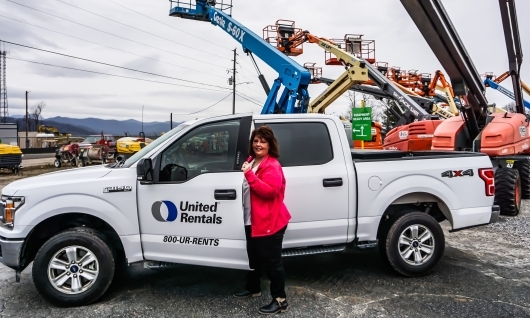 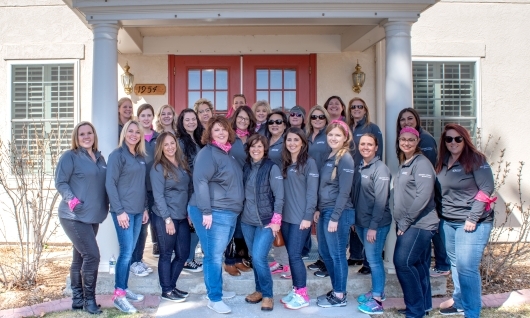