From coast to coast, communities are managing polluted runoff with a crucial assist from Mother Nature.

Not long ago, systems engineered to manage and mitigate stormwater runoff were predominately of the “gray” variety: pipes, pumps, concrete-lined ditches and manmade detention ponds. Gray stormwater infrastructure systems collect water running off of impermeable surfaces such as roads and parking lots and move it, ultimately, to a local body of water. Today, however, more and more municipalities are embracing green stormwater infrastructure (GSI).

Green stormwater infrastructure mimics the natural water cycle, using plants, soil and other natural elements to absorb and remove pollution from stormwater runoff. These systems, which include rain gardens, green roofs, vegetated swales, tree plantings and restored wetlands, have long been embraced on a smaller scale by private property owners and progressive municipalities.

While stormwater systems have been shifting steadily from gray to green over the past 20-some years, only more recently has GSI “truly taken hold across the country” and been embraced by municipal agencies, noted Staeheli, a nationally recognized authority in low-impact development and environmentally sensitive stormwater solutions.

GSI from coast to coast

Raleigh, North Carolina, Portland, Oregon, and Montgomery County, Maryland, are a few locales mentioned by Staeheli as being leaders in green stormwater infrastructure on the agency implementation side.

Seattle is another GSI trailblazer. In 2013 it kicked off a mission to manage 700 million gallons of polluted stormwater by 2025 using a diverse array of GSI practices including residential rain gardens, bioretention ponds and green roofs.

The Seattle Housing Authority’s High Point redevelopment project is a neighborhood-specific example of GSI done right. High Point is a mixed-income community in West Seattle. The project involved implementing the city’s first district-scaled natural drainage system, one that uses an extensive network of bioswales and a large natural retention pond. Staeheli described it as the largest application of community-wide GSI practices in the United States. A lauded example of smart redevelopment that places both affordability and sustainability front and center, High Point has helped spur the advancement of green stormwater systems in other communities.

“The difference between proprietary systems and more natural systems is multiple performances.”

Also of note is Philadelphia and its Green Cities, Clean Waters (GCCW) stormwater management plan. Hundreds of public and private projects have been completed across the city, with an estimated total economic impact over the last 25 years of $4 billion, including an average of 1,160 jobs annually.

Philadelphia isn’t just becoming more aesthetically pleasing through the creation of new open green spaces, which are often integral to urban GSI projects. The GCCW points to 10 percent reductions in crime rates within ¼ miles of project sites and reduced healthcare costs due to increased access to open space.

Increasingly, multiple benefits such as these (Staeheli calls them multiple performances) are a driving force behind the implementation of GSI systems.

Another potential “performance” is the cooling of urban heat islands, caused in part by a lack of vegetated land surfaces.

Nevertheless, when it comes to GSI, a domino effect is happening. “It catches, and you’re constantly seeing leapfrogging in places that are doing more or doing it differently,” said Staeheli. “In the big picture, what we are seeing is that it’s not just a passing trend but a key system in public works.”

Based in New York City, Matt Hickman writes about cities, sustainable design and the intersection between the natural world and the built environment 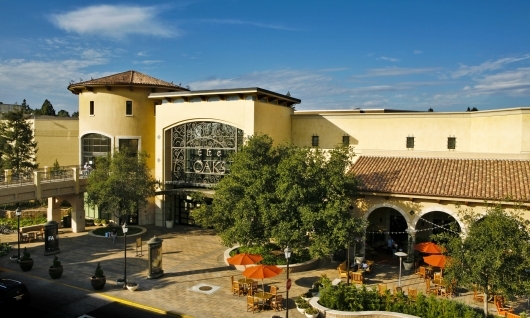