BREEAM In-Use offers an alternative to LEED for Existing Buildings.

In the United States, LEED may be practically synonymous with “green building,” but there’s another green building certification program you may be hearing more about: BREEAM, which stands for Building Research Establishment Environmental Assessment Method.

BREEAM was established in 1990 by the United Kingdom’s Building Research Establishment (BRE). It’s the world’s widest-used and longest-standing method of assessing, rating and certifying a building’s sustainability, with more than 2,265,000 registered projects to date.

BREEAM predated LEED; you might think of it as LEED’s influential older sibling.

LEED, which stands for Leadership in Energy and Environmental Design, was launched by the U.S. Green Building Council in 2000 and updated and expanded in subsequent years. The United States remains the top market for LEED. China, Canada, India and Brazil are the top foreign markets.

It’s unlikely that LEED’s dominance in the United States will waver any time soon, but in 2016 BREEAM USA introduced an alternative to LEED for Existing Buildings (LEED EB), called BREEAM In-Use, that may give LEED a run for its money, so to speak. (LEED operates as a nonprofit.) BREEAM USA is a joint venture from BRE and BuildingWise, a LEED certification consultancy in the United States.

In March 2017, The Oaks, an aging and inefficient late 1970s-era shopping mall in Ventura County, California, became the first American building to earn BREEAM In-Use certification after the 1.3 million-square-foot property underwent a major overhaul including the addition of LED lighting, 6,000 solar panels and a high-efficiency HVAC system.

The BREEAM USA website explains the reasoning behind BREEAM In-Use:

“Although LEED EB is a highly regarded and well-deserved award, 85 percent of the existing building stock does not meet the criteria to create a LEED rating. Consequently, these buildings may not have a formal framework or consistent motivation to improve building operations. BREEAM In-Use is able to reach every existing building so that they can understand how their building operates, how they can make improvements, and then provides the opportunity to get a certification to promote their successes.”

Buildings that have previously achieved LEED New Construction certification are eligible for BREEAM In-Use certification. The rating in that case verifies that a building is performing the way it was designed to.

The same key differences between BREEAM In-Use and LEED EB will carry over to the U.S. version of BREEAM New Construction, which is currently being piloted by St. Louis-headquartered architecture, design and engineering firm HOK. The Americanized standard is expected to launch in January 2019 as an alternative to LEED New Construction.

On August 15 BRE announced the launch of another pilot program, this one using BREEAM In-Use with residential properties including multifamily. According to the press release, “The goal of the pilot is to develop technical criteria based on evidence using existing properties to adapt BREEAM In-Use for this distinctive and popular space type not currently addressed with other rating programs. The technical manual will be made available for public consultation and formalized in tandem with the BREEAM In-Use update scheduled for 2019.”

Time will tell how popular BREEAM certifications become in the United States. But based on recent activity, this is one British import to keep an eye on.

Based in New York City, Matt Hickman writes about cities, sustainable design and the intersection between the natural world and the built environment. 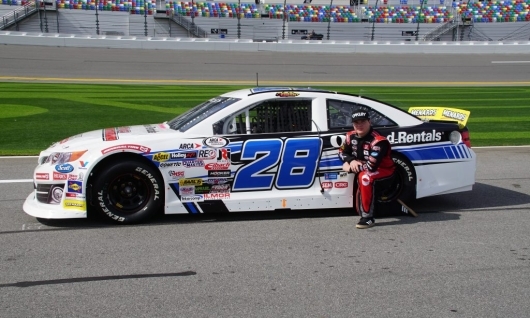