When electrical connections are limited or non-existent at a jobsite, a portable generator keeps the power tools running and your workers productive. Portable generators also are handy for emergency or standby power.

There are several factors to consider when choosing a portable generator, including the total wattage you’ll need, the optimal fuel source, the decibel rating and features that will make using the generator easier or more efficient.

Here are some tips to help you select a generator for your job.

Get the power you need

Portable generators come in a variety of sizes and power options, ranging from 2.0 kW to 10-plus kW. To determine the size you need, add up the total running wattage of all the power tools you plan to operate from the generator at the same time. If you’ll be using two drills or three belt sanders, figure in the wattage required for each one.

Check the brand and model of the equipment you’re using to determine your actual power needs.

One last power consideration: Don’t forget to count the outlets on the generator so you’ll have enough places to plug in all of the tools you want to operate at the same time.

Portable generators on construction sites generally run on gasoline, diesel or propane.  There are advantages and disadvantages to each. Consider the cost and availability of the fuel types, as well as the size of the fuel tank. More-frequent refills equal more downtime on the job.

Some portable generators are now available in dual fuel (gasoline and propane) or even tri-fuel (propane gas, natural gas or gasoline) options.

Generators can be very loud; so, look for a unit with a low decibel rating, particularly if you’ll be using it near workers. It’s especially important to choose a quiet generator if it will be used near workers in a confined space. Some generators at the lower end of the wattage spectrum are rated as low as 57 decibels at 100 percent load.

Quieter than conventional generators are silenced generators, which are enclosed in an acoustic cabinet. Quieter still, and more expensive, are inverter generators. These convert AC power to DC power before digitally “inverting” it back to cleaner AC power.

RELATED: Reducing Noise on the Jobsite

Features that help you get the job done faster with less effort may be worth the investment. Here are a few to consider.

Professional grade. If you’re planning to use a generator long term, look for a unit that’s built for everyday duty and not just occasional use. Portable generators that are ideal for homeowners dealing with a temporary power outage may not stand up to the demands of a jobsite. Thick-gauge steel construction and a large fuel tank can be an indication that the generator is meant for heavier-duty use.

Electric start. Want a fast start to your workday? Look for a generator with an electric start option.

Tier 4 engine. If you’re planning to rent a diesel generator, look for one that meets the EPA’s Tier 4 emissions standards. Compared to previous models, these diesel generators reduce the amount of nitrous oxide, particulate matter and hydrocarbons released into the atmosphere.

Other handy features to look for include idle control, covered outlets and full-panel GFCI protection.

United Rentals can assist you in selecting a portable generator for your next project. Simply contact a United Rentals sales representative at a branch near you or call 1-833-451-5765.

Stay up-to-date on the latest news & advice.
Was this article helpful?
Yes No 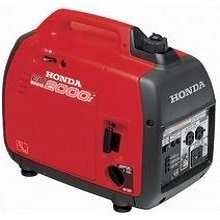 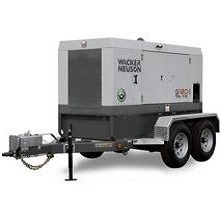 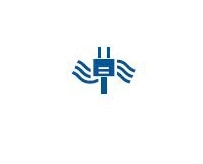